This is our comparison between the Plantronics M165 VS M180.

Being a former audio engineer by trade, I simply love to compare and review different headset models and audio devices. 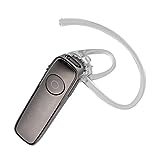 Note: both models are currently out of stock almost everywhere.

Here’s one sweet alternative from the same manufacturer: Plantronics Voyager 5200

The first thing that caught our attention the most is the little to no difference in the design, build, and performance.

As we dig deep and try to figure out their difference, we found a few of them that you might not notice and may help you make a better decision.

First, take a look at the features of both Bluetooth headsets.

In design and size, both are nearly the same. They are lightweight, comfortable, and stays in-ear really well. However, Plantronics 88120-41 M165 Marque 2 came with three different ear tips: small, medium, and large. 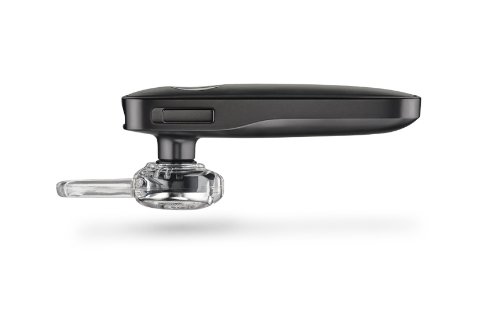 The build quality of both feels the same; both have a slim design. Even after wearing them, it’s hard to tell that they are there. m165 and m180, both are made of plastic material. The only thing you might notice different is the design of buttons behind the headsets.

The good thing about both models is they have a dual-mic design, which means one mic captures your voice, and other mic detects your surrounding voices and cancels them, so the person on the other side listens to a clear and crystal voice.

Both headsets have a voice recognization feature that allows you to accept and reject calls by saying accept or reject without touching the buttons or headsets.

However, m180 offers better sound clarity in calls and communication than m165, but there is no huge difference.

According to Plantronics m165, the battery last for up to 11 hours of talk time, but it stays short. The actual time we notice is around 8 hours. Also, the battery life of m180 is around 7 hours, and on paper, you will find 11 hour talk time as well.

However, both headsets have a deep sleep mode that automatically turns off after 90 minutes when your mobile is out from its range. It saves and improves battery life. Both are compatible with android and IOS devices as well.

Using the button placed on the backside of m165 and m180, you can activate the voice of Siri, Cortana, and Google Now.

The last feature is common in both headset m180 and m165, “FIND MY HEADSET”. Using your mobile device and app you installed, you can set and play a tune that helps you find your headset.

You might be surprised and not found much difference because they have almost no difference.

The price of both headsets is also the same, which is around $50.

What are the Similarities Between Both Headsets?

I hope after reading this guide and review of the Plantronics M165 Marque 2 vs m165, you get your answers. On a personal note, I prefer the Plantronics M165 because of it’s longer battery life. Moreover, I quite like the icy-grey look it has and the excellent voice clarity it delivers on calls.

Sady, as stated above, both models appear to be out of stock (almost) worldwide, which suggests Plantronics may have stopped it’s production. 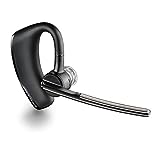 TechHeadphones.com is a participant in the Amazon Services LLC Associates Program, an affiliate advertising a program designed to provide a means for sites to earn advertising fees by advertising and linking to Amazon.com. As an Amazon Associate I earn from qualifying purchases.